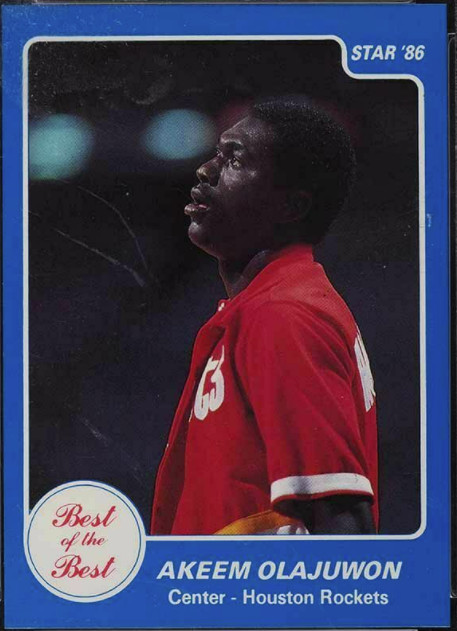 One of the less desired sets for Star collectors, although the Jordan card from the set is still worth a good amount of money.  The story for the cards is this; in 1990 when Robert Levin sold his Star collection to Schonco, he included a lot of uncut sheets that included Best of the Best and a Magic Johnson subset.

It is unknown however as to when Levin and Star actually printed these cards.  Was it 1986 as the year notation on the cards states?  Or was it 1990, when the cards actually starting getting released into the hobby?  Star said that the original intentions were only to print 1400 copies of the set, but no one really knows if that number is true or not.

The one thing I also find a bit peculiar about the set, is that the front text on the front of the card differs from all other Star sets.  Why is this?  Maybe because Levin used a different printer than used during the original 83-86 run?  I can't confirm this, but it might be a reason why.

The Jordan card from the set uses the same image from the 1986 'Best Of The New' subset.

1986 Star Best Of The Best Set - Gallery - Most Valuable Cards 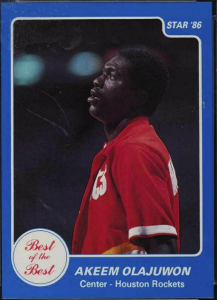