We started with All Vintage Cards. This is our new site dedicated to Star Basketball Cards.  The goal - make this the biggest and best authority on Star cards for collectors.

See All Our Star Basketball Resources

See our full guide which examines the history of Star Basketball Cards and investing in the cards.

A History of Star Basketball cards

Read full writeups on all the base sets, team sets and more specialized subsets issued by Star

We help guide collectors in distinguishing a fake Star card from the real issues.

Click the button below to send us images of your cards and we'll provide a no-hassle estimate in 24-48 Hours.  We can provide cash offers or work with you to help sell your collection.

They did for a while early on, but stopped once they realized they had graded some of the 'Type II' counterfeits. They decided not to take the risk anymore. However, in 2022, PSA announced they would start grading Star cards, joining Beckett (BGS) as the only graders willing to authenticate Star Company basketball cards.

What Is The Shop At Home Star Scandal?

In 1997, Robert Levin, the founder of Star, was selling cards on the Shop At Home Network. Levin claimed that the cards being sold were unearthed Star cards produced during the initial Star run from 83-86. However, the cards were newly printed and back dated to seem like older cards.

How Many Star Cards Were Produced?

The numbers vary, but for each set the production runs (with exceptions) ran from 4,000 to 10,000 total sets.  While Star stated the production runs for their sets at the time of issue, it is guesstimated that they might have produced more of their popular sets.

Which Star Cards Have Type 2 Counterfeits?

How Many Star Cards Does Jordan Have?

There are an official 24 Star Michael Jordan basketball cards. There is one card that was unofficially released following Star's actual years of operation (Best Of The New) and many don't consider it a true Star issue.

Are There Counterfeit Star Cards?

Yes.  I should clarify the word 'counterfeit' however. The 'Type II' Counterfeits are cards that were factory rejects, stolen by former employees and released into the hobby.  These cards were printed using original Star printing plates.  The 'Shop At Home' cards were counterfeits that were printed well after the issuance of the original Star sets, but backdated to appear like original issues.  There are also counterfeit cards that are circulating that have been created by scammers, just like any other fake cards come into the hobby.

While Beckett popularized the term XRC (or Extended Rookie Card), many do consider the Star Jordan #101 card as his official rookie card.  The argument goes that since it wasn't released via wax packs or by a major distributor it shouldn't be considered a rookie card.  However, Star at the time, was an NBA licensed card issuer and thus many believe that it should warrant consideration as his true rookie card.

Is Star Cards Still In Business?

Star's license to produce cards for the NBA ended following the 1986 season.  They released some unlicensed NBA cards in the early 90's and some baseball cards around the same time.  They were out of business soon thereafter, and Robert Levin was sued by the NBA in 1998.

Founded by Bill Schnonscheck, Schonco Sports is most recognized as the firm that acquired the collection of Star founder Robert Levin in the early 1990's.  Some Beckett graded Star cards are labeled as 'Schonco Sports' on the back and it was the release of Schonco's collection in 2008 that got Beckett to star grading Star cards.

Should I Invest In Star Basketball Cards?

This is of course, a highly personal decision that is based on overall budget and risk tolerance. I personally like the investment potential for Jordan's Star basketball cards, given the relative scarcity versus many of his more popular Fleer issues.

Shop At Home Cards To Avoid 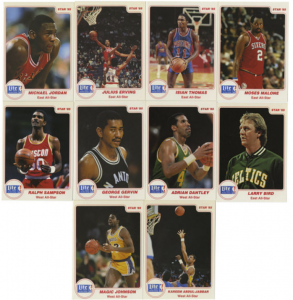 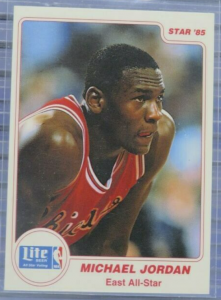 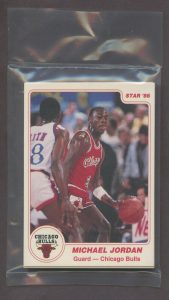 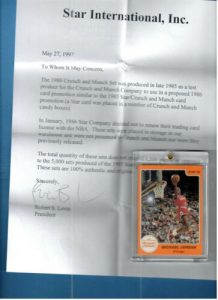 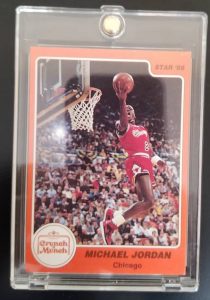 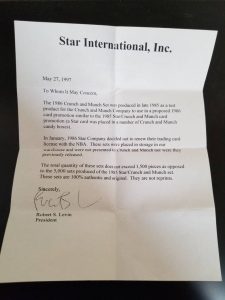 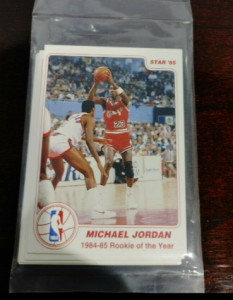 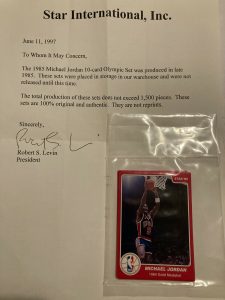 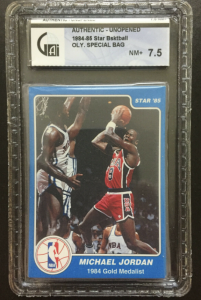 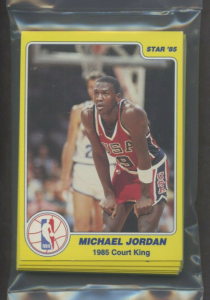 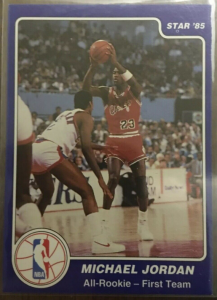 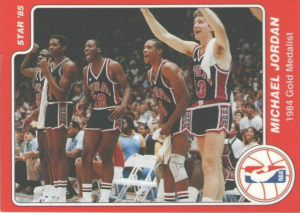 This website is in not affiliated with the original Star Basketball cards.  StarBasketballCards.com is a Star cards fan website and resource for collectors