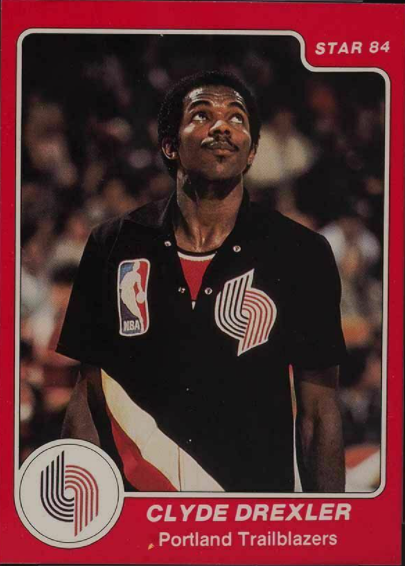 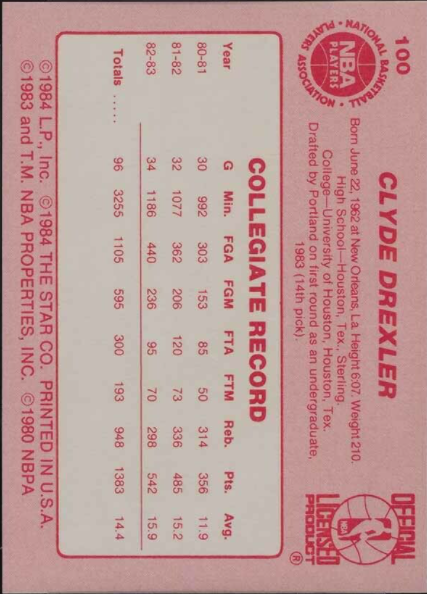 Star Basketball cards got their official launch in 1984, as the only NBA licensed product between 1984 and 1985.  Their inaugural set - known as the 1983-1984 Star Basketball Set consisted of 276 cards.  The cards were a bit of an anomaly, due to their issuance as team sets in clear poly bags.  Thus, Star Cards were not issued via the traditional method of unopened wax packs.  Each team poly bag contained between 11 to 13 cards.

The team sets were distributed to dealers, via Star Company master distributors, thus the bags could be purchased at local card shows or card stores and via mail order.  The 1983-84 Star set was issued in four different series, with the first sixty cards of the set considered to be 'short printed' due to problems with the printing process early on at Star. Note that while production of the first Star issue was believed to be 5000 of each card, it is also believed that the first sixty cards had less than 1000 of each issued to the public.

The Star design was quite simple and remained fairly consistent throughout their history of producing basketball cards. The fronts of the cards featured a background color representative of the player's team colors.  As shown with the Larry Bird Star Card (#26) from the set below (which is also a Short Print by the way), the green background is aligned with the Boston Celtics team colors.  The Star logo and issue year are shown on the top right corner; on the bottom, the team logo and player name. 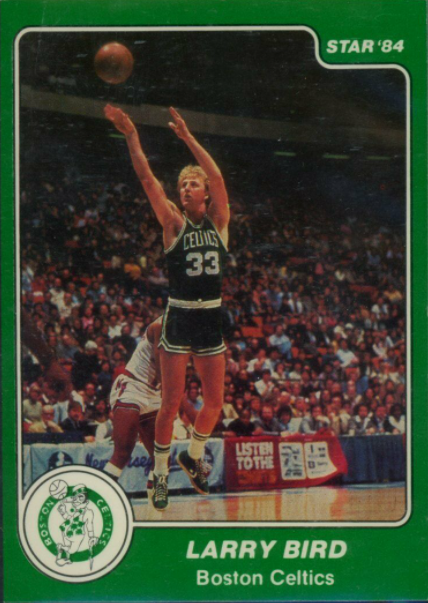 Note that the backs of the card also have a lighter tint that corresponds with the front color on the card.  As we can see with the Bird card, the background on the back is a lighter shade of green.  On the back the player's name is shown with some biographical information and recent stats.   You can see trademark and copyright information at the bottom of the card. 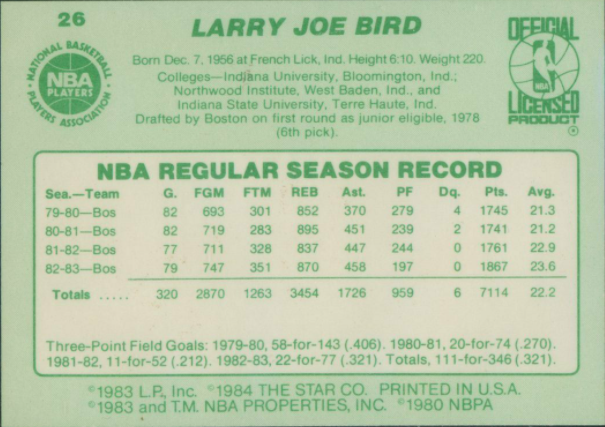 Note that some in the hobby refer to these cards as an "Extended Rookie Card (or XRC)", a term coined by Beckett.  Many debate this; Beckett's argument---since Star wasn't a typical set included in packs and distributed by a major distributor, they shouldn't be consider a true 'rookie card'. 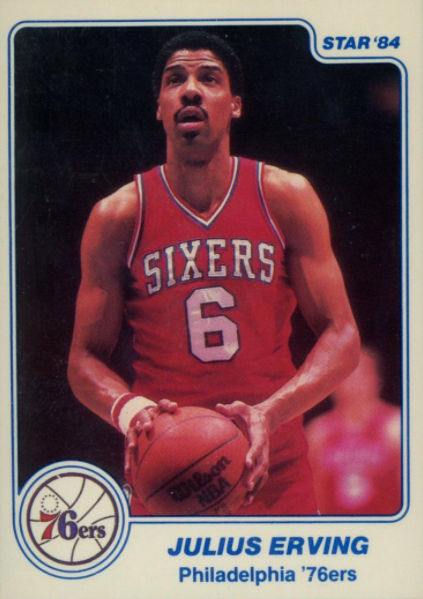 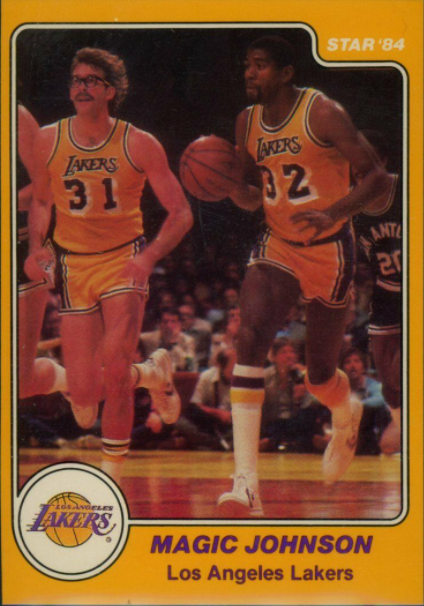 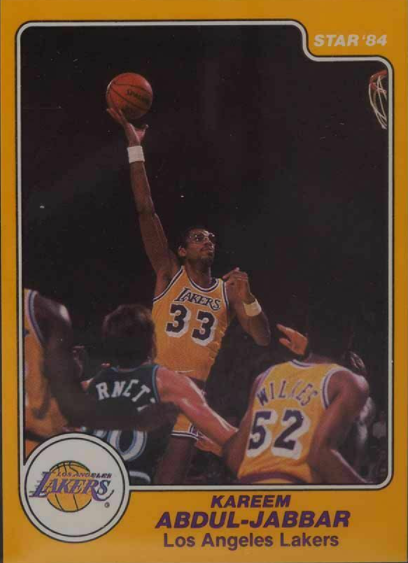 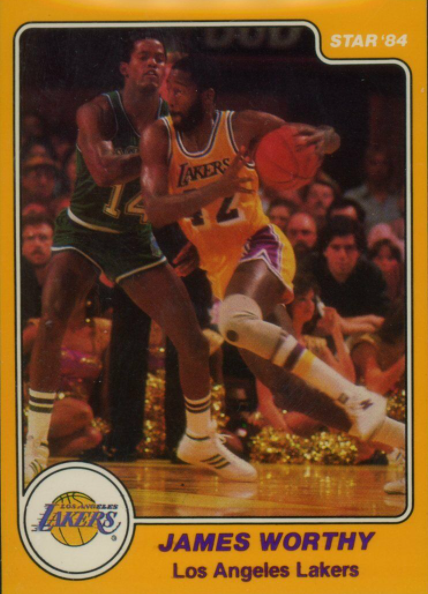 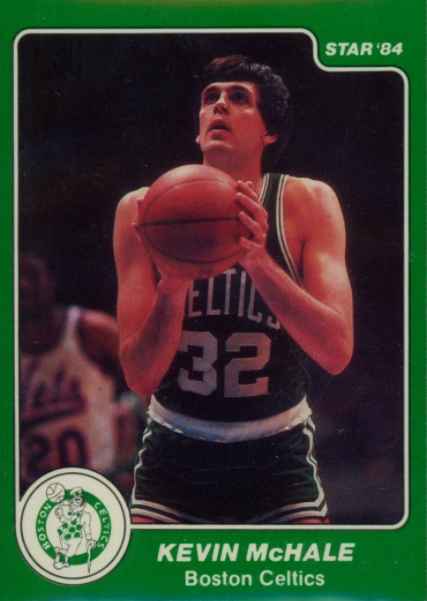 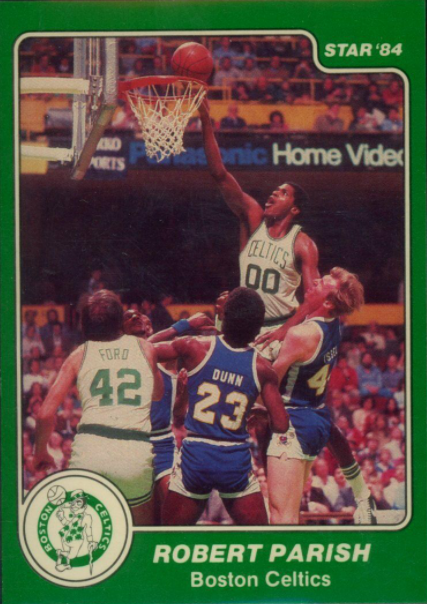 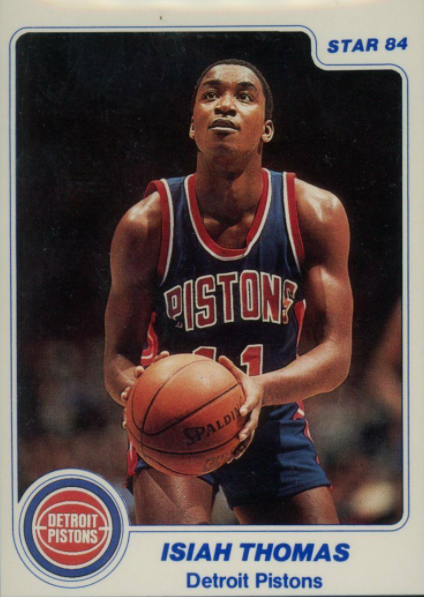 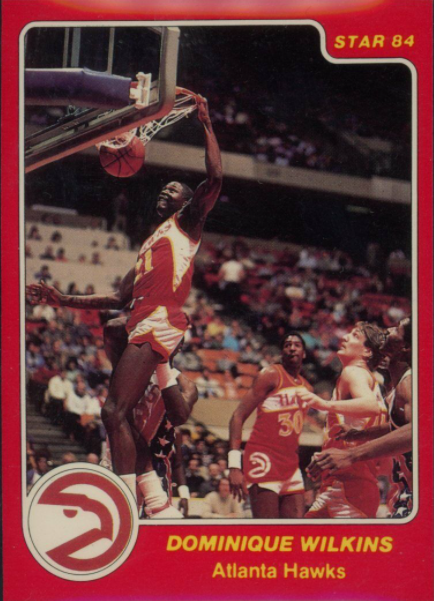