This guide is designed to educate collectors on telling the difference between a real and a fake.

On the authentic 84-85 Star ROY card there are a few things to notice, as outlined below.  Notice the wider border on the left hand side of the card, versus the right.  This is extremely common on these cards and would be out of the norm to find one completely centered.  If you do, there's a good chance it is a fake or it has been trimmed. 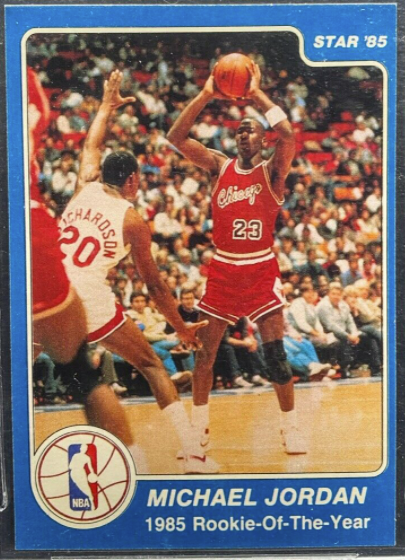 Here's a comparison of a common fake (which you'll notice is perfectly centered) versus the real card. Som fakes I've seen also are off center the opposite way, meaning they have a wider border on the right--those would be a clear indication of a fake. 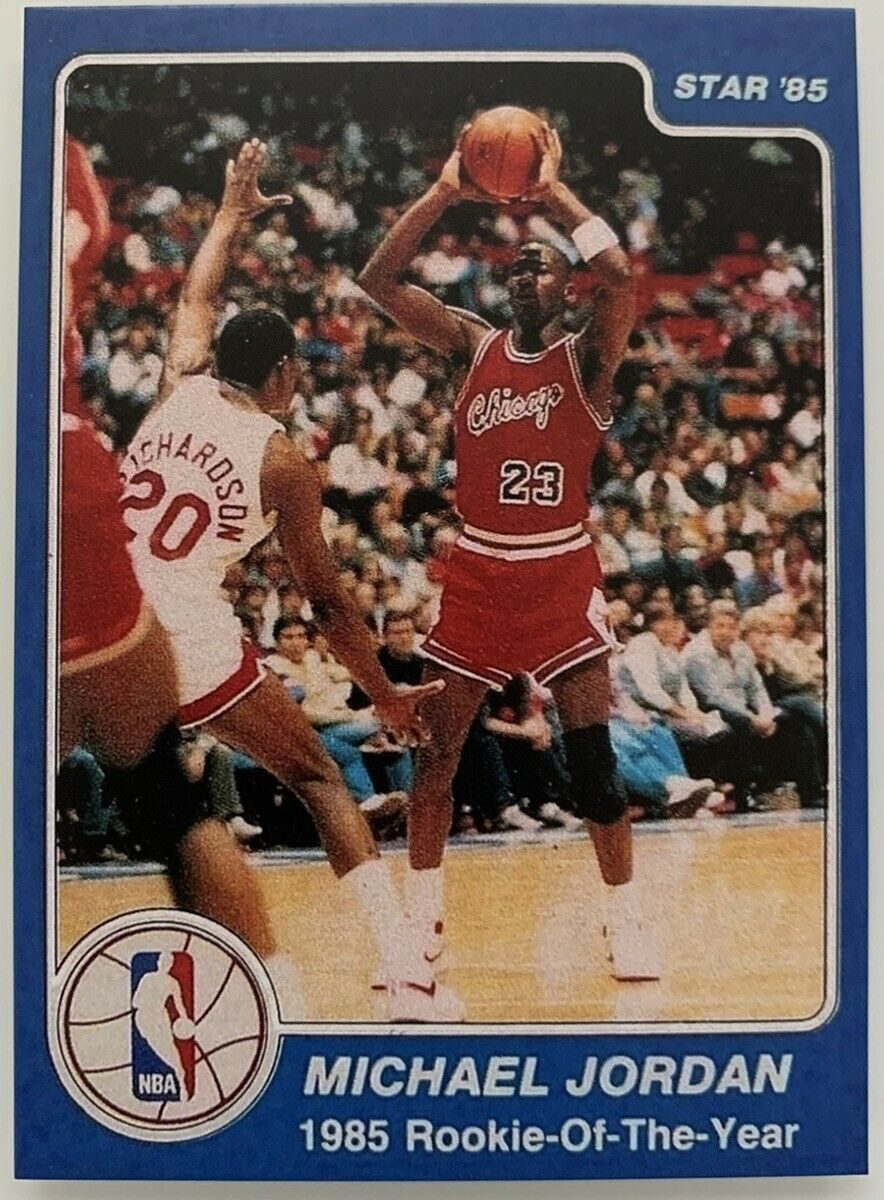 In comparing the backs of a fake versus an original, we can see in the fake (on the left), the graininess of the background color and the lack of smooth colors on the background.  The text is also much bolder on the fake card and doesn't have the smooth print as on a real Jordan card.  We can also see this in the two logo areas, where the NBA ball has much bolder print, as does the NBA logo on the right hand side. 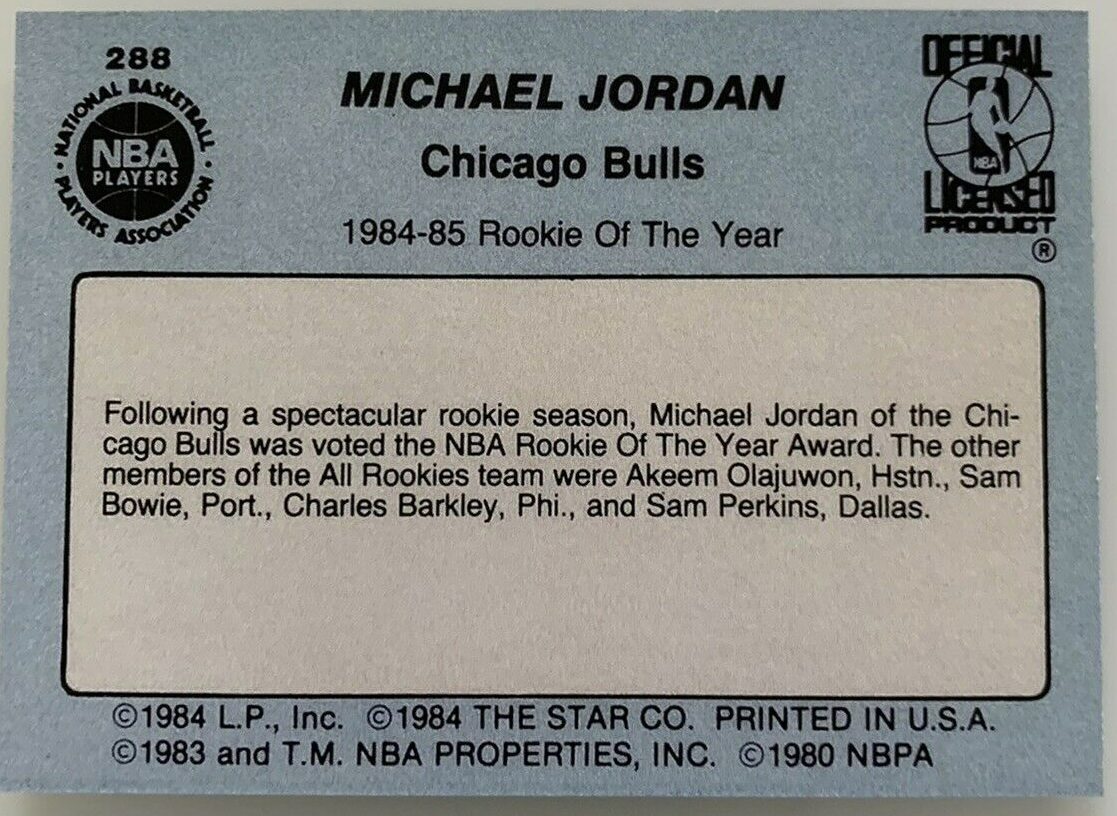 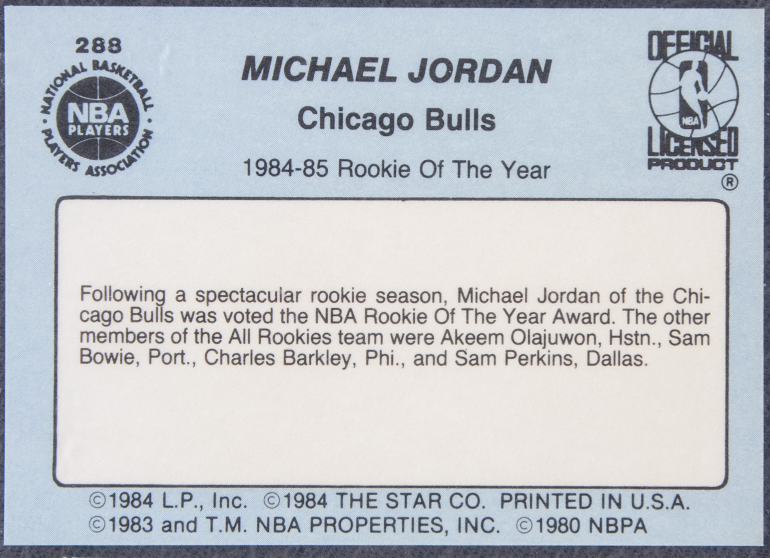 For such a valuable card, I still recommend examining in person first if possible.  Under magnification, the key areas to focus in on include the front area where Jordan's name is and the dark black borders on the front of the card.  This is what the text on a real card should look like:

If you have any blotchiness or fuzziness in the text, you know you have a fake in your possession.

If you have any comments or questions, please let us know in the comments section below.  You can also shoot us an email at help@starbasketballcards.com