How To Spot A Fake Star Gatorade Slam Dunk Jordan

The 1985 Star Basketball Gatorade Slam Dunk set was handed out to fans at the All-Star Banquet weekend in Indianapolis in 1985.  The cards has a slightly lower production run than the base Star sets and thus the Michael Jordan card from the set has become wildly popular.  Of course, with the run up in price, come the counterfeits.

There are a few easy to spot fakes that are circulating on eBay.  I'll show you those so you don't get scammed.   Here's one that has been 'thankfully' slabbed as a reprint by GMA.  I've shown a real one next to it for comparison.  This one is pretty easy; all you need to do is look at that text where Jordan's name is to realize that the font is too small and not right.  Same thing with the Bulls text. 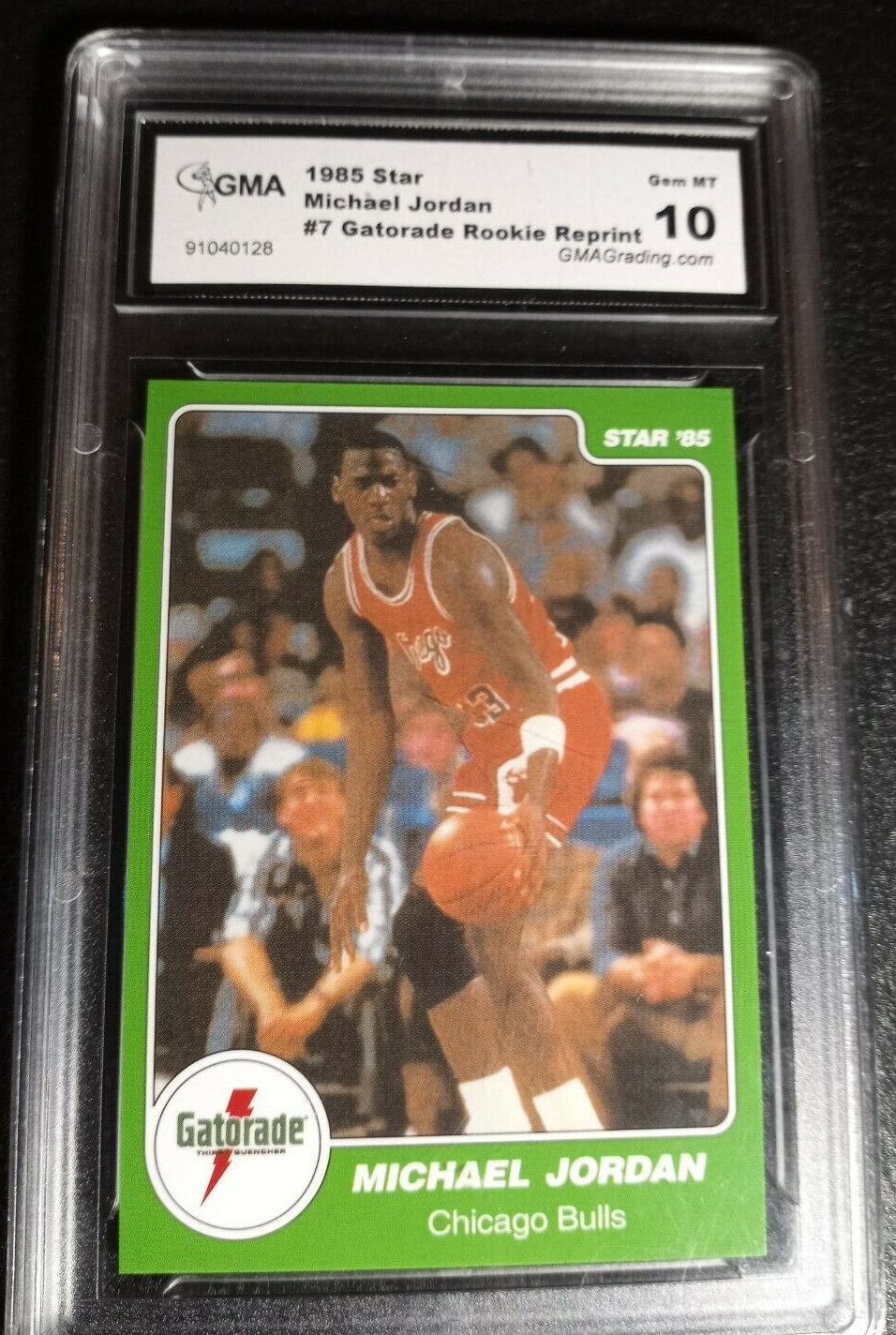 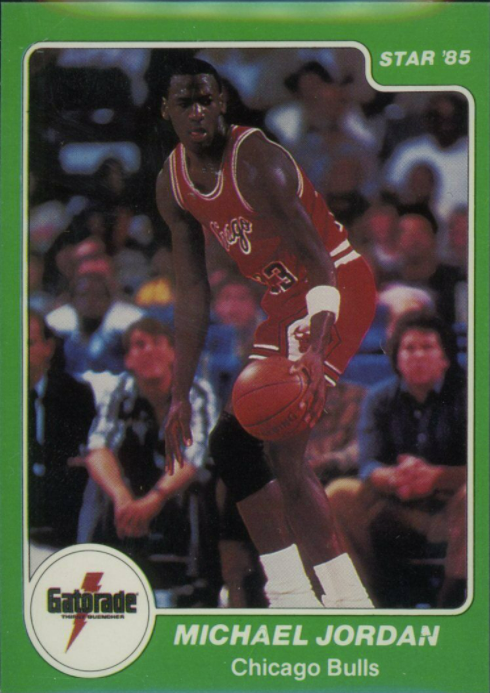 Looking at the back on the fakes can also help us out.  Here's a look at one fake back versus an original.  It might not be super easy to tell from the picture, but the text on the fake card is not as crisp.  Under a loupe the letters would appear fuzzy.  I will be uploading more close up images to this guide soon. 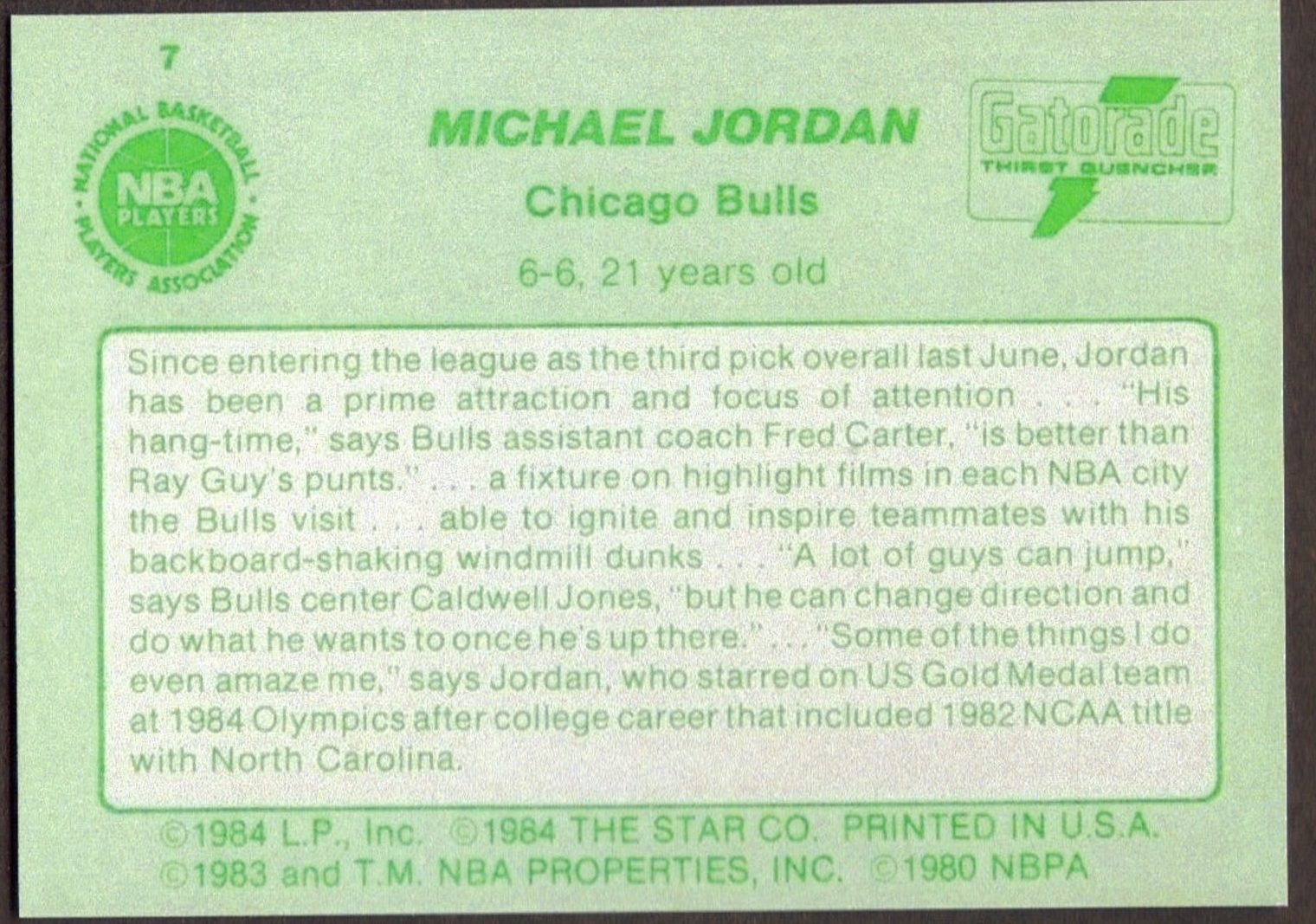 Back of a fake Gatorade Jordan

I will note that below on the back of this authentic Star Gatorade Jordan, the text in the box is off-centered--note this can vary, some card have perfect centering and some are off-set like this. 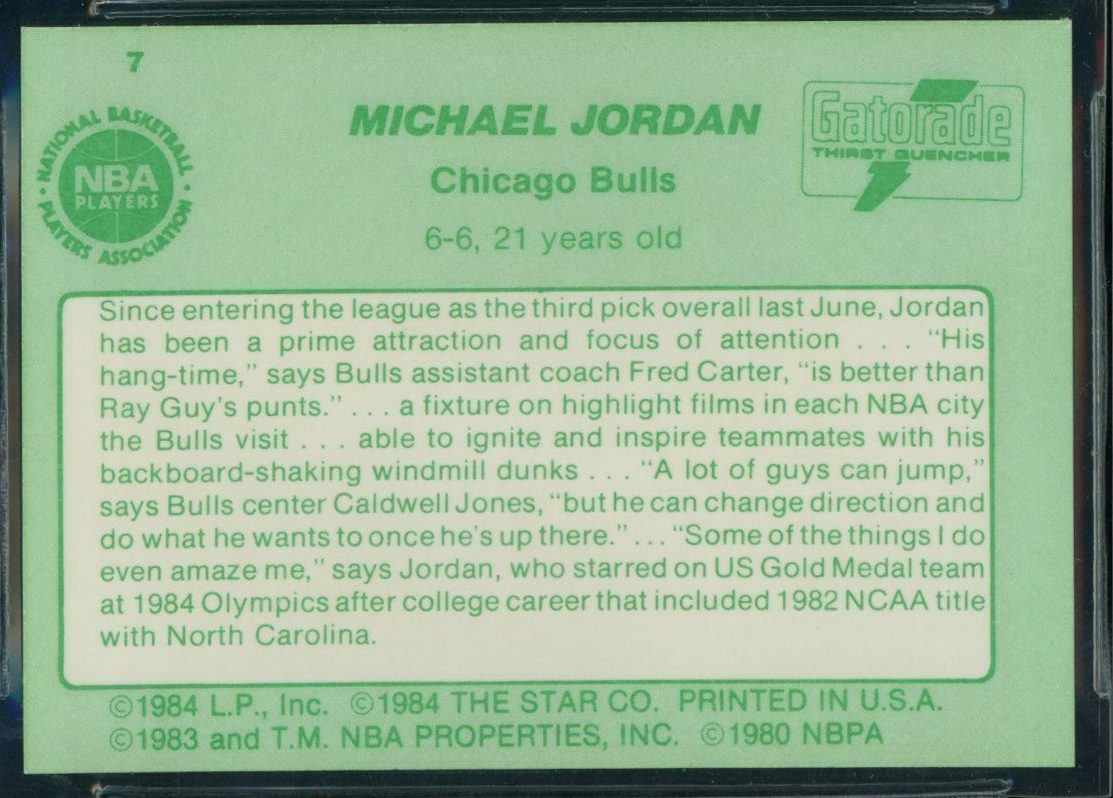 An authentic Star Gatorade Jordan back

Here's another fake back on a listing I saw recently on eBay for a seller trying to pass off the fake as the real deal.  Someone actually paid $400 for this card.  First the text in Michael Jordan is way too dark and bold, as is all of the other dark green text.  Plus the text inside the white box looks either a dark forest green or a black--just compare that to the real deal above and you'll see how off this is. 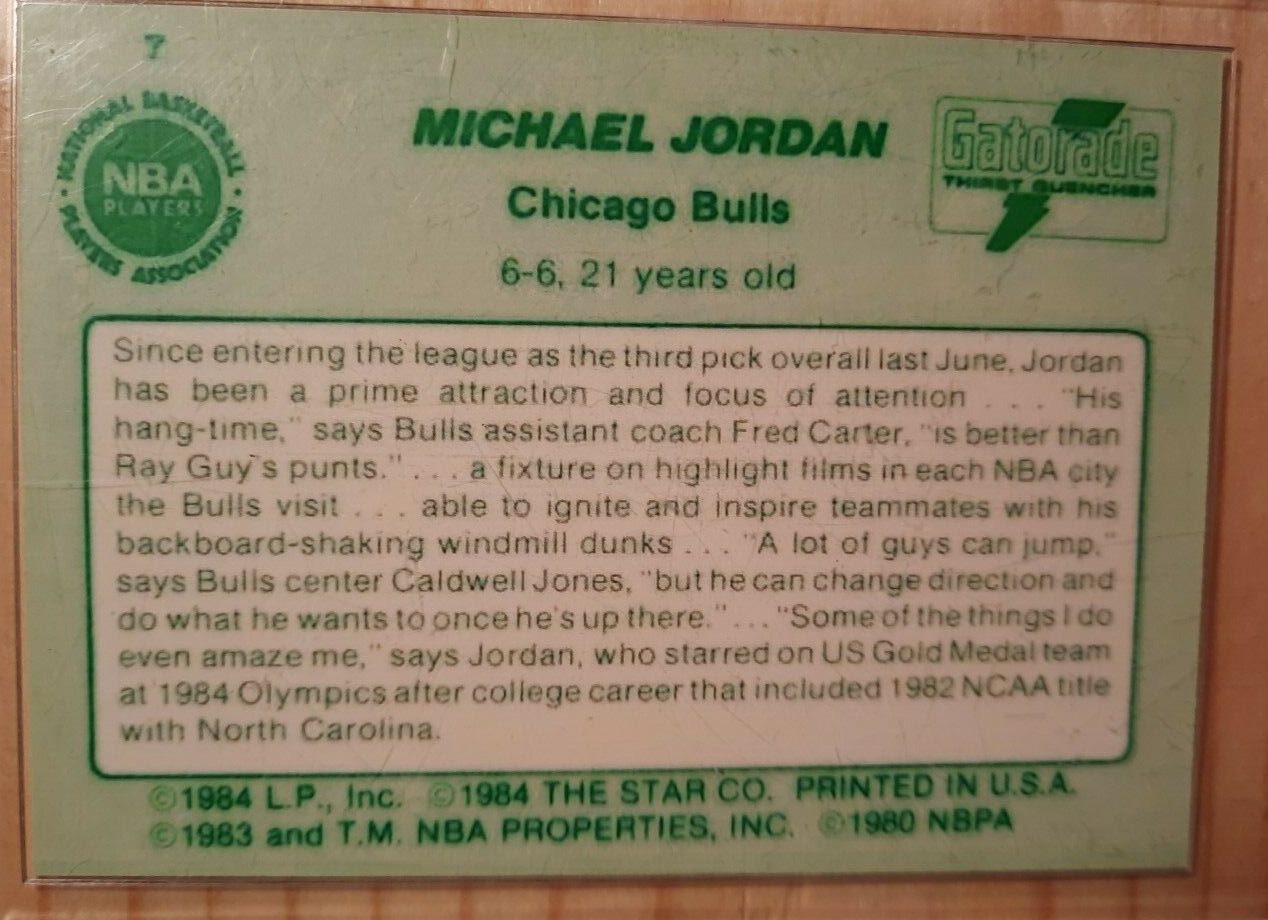 Another fake Gatorade Jordan back

One final thing I will mention on the Star Gatorade Jordan card.  On the real card, there is a small little line in the 'N' in 'Jordan' on the front of the card.  If you are examining a card without this line, it is very likely a fake, as I have not seen any fakes with this mark. See below for an example of this on an authentic card:

A little line in the 'N' in Jordan's last name is a sure fire sign of a real card.