How To Spot A Fake Star Jordan Slam Dunk Super #5

While the 1985 Star Slam Dunk Michael Jordan 5x7 card was not part of the Shop At Home scandal or part of the Type II Counterfeit, there are some fakes on the market to look out for.  As with the oversized Court Kings Jordan card, the fakes on the Slam Dunk 5x7 #5 Jordan are fairly easy to identity.

With that said, let's take a look at some of the more common fakes versus an original card (real card on the right).

There are some pretty obvious issues with the fake card -- first notice the extra wide borders on the left and right of the card.  In addition the font is too skinny in both the 'Star '85' text and in the text in 'Michael Jordan' and '1985 Slam Dunk Contest' at the bottom of the card.

The back of the card is a bit better on the fake, but it really just comes down to a lack of clarity in the fonts---under loupe the text would look fuzzy and distorted as with on many of the other fake Star cards.

Back of a real 5x7 Star Jordan Slam Dunk card

There is also another reprint that I've seen, but it's a lot worse.  And to note this is a regular size card--so let's just get one thing out of the way--the original issue measures 5 inches by 7 inches, thus if the card in question is a normal size card, it is 100% a fake.

But sometimes when you're bidding on eBay and a scammer is trying to fake you, you might not be able to view the true dimensions in the photo.  So, let's take a quick look at this one as well.

The clearest problems are the clarity of the card, and then the font on the bottom of the card is pushed down too far.  Also look in the basketball on the bottom left of the card -- notice how the lines are red on the fake?  They should be blue. 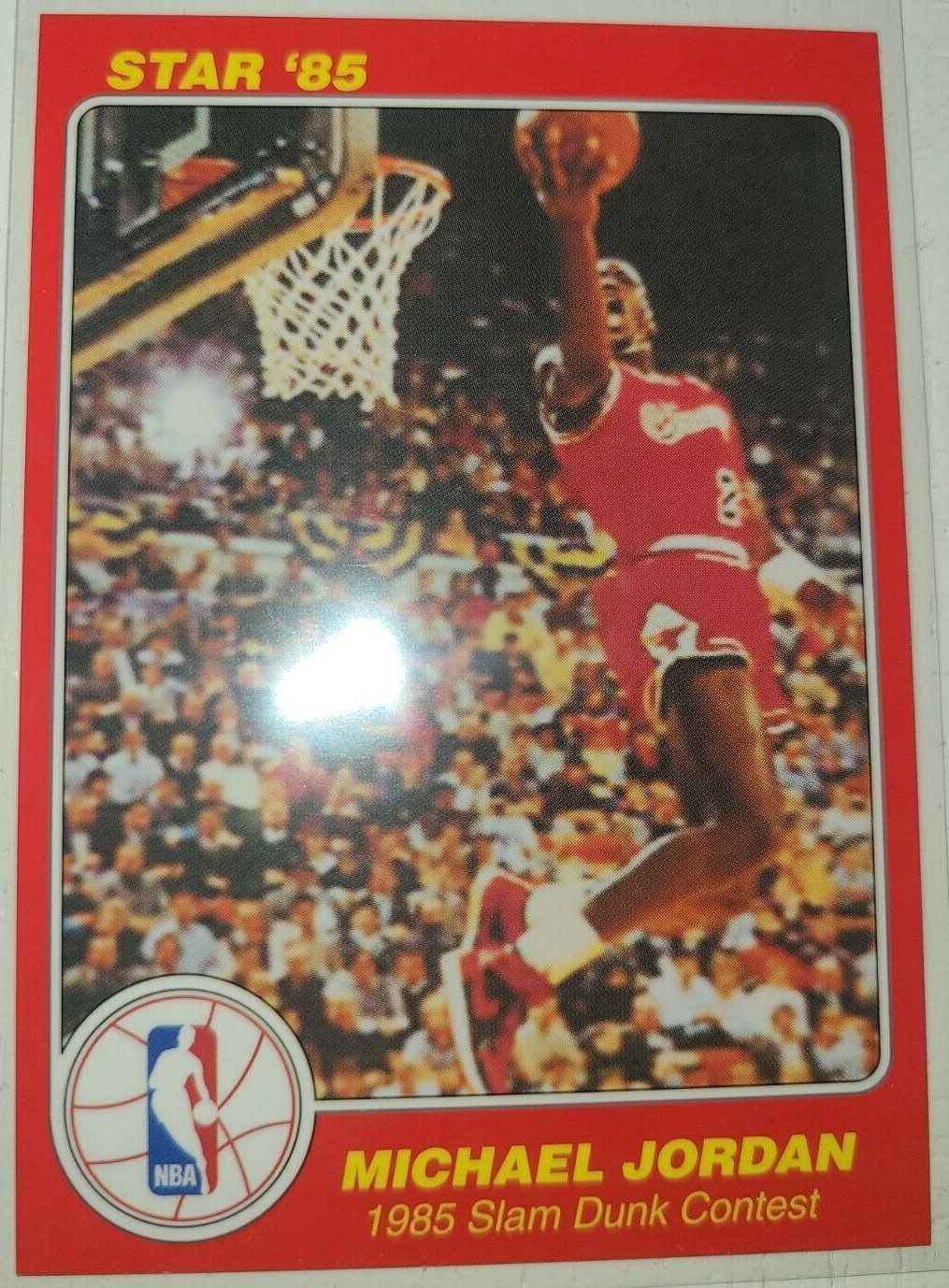 And then the back on this is one is really easy to differentiate.  Different font colors and glossiness on the fake versus the matte finish on the back of the real Star card. 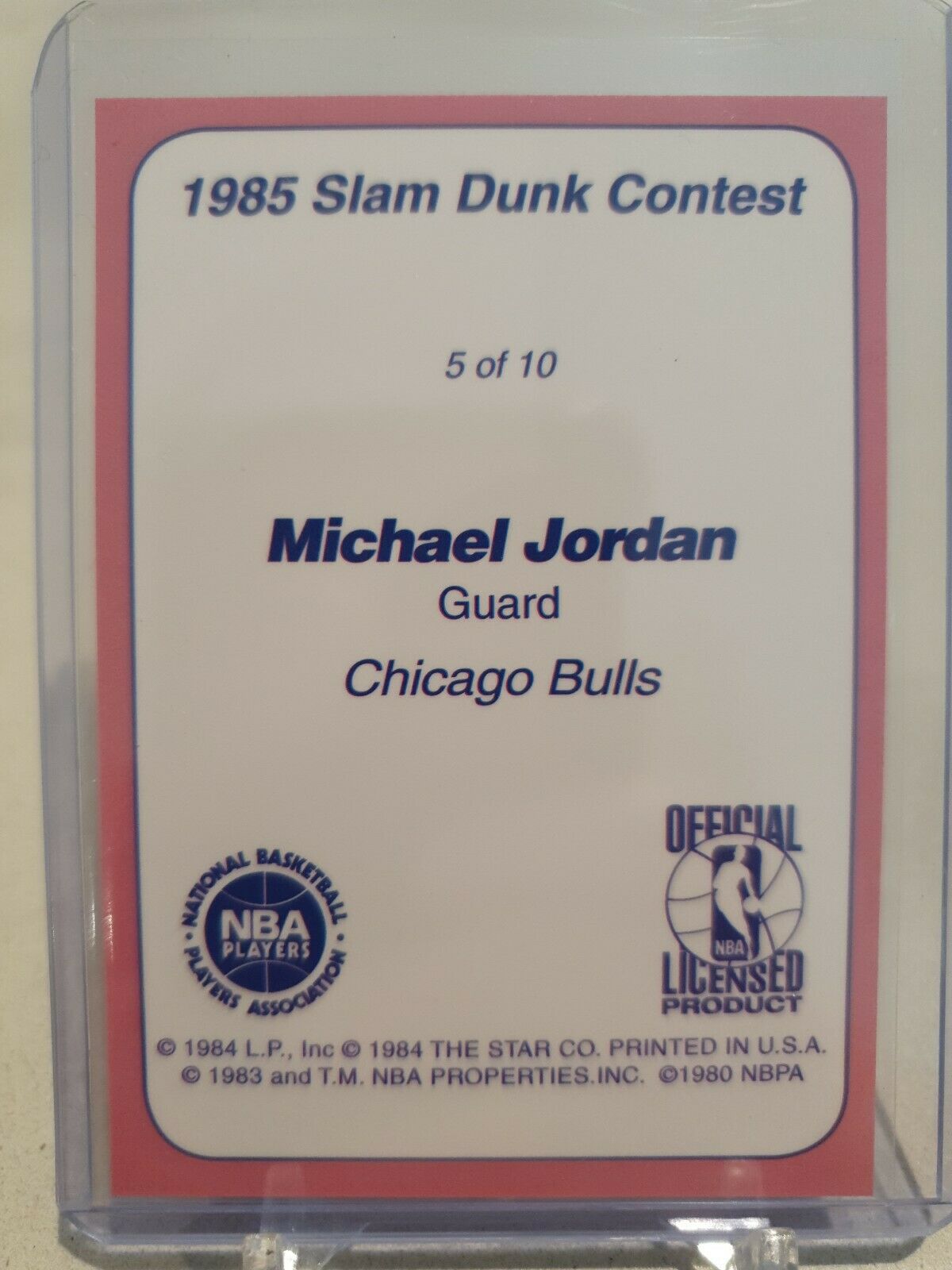 Back of a fake 5x7 Star Jordan Slam Dunk card.

Back of a real 5x7 Star Jordan Slam Dunk card

Hope that helps.  If you come across a fake that we haven't mentioned, please let us know at help@starbasketballcards.com.