The 1985 Star Last 11 ROY Michael Jordan #1 card is one of the most valuable Star cards throughout their three years of card issuance.  While we always recommend that collectors purchase a graded copy of high value cards such as this, we know that some collectors want to find a 'raw' bargain.

Thus, hopefully this guide will help you avoid getting scammed, as their are a lot of fakes circulating for this card.  We also encourage collectors to utilize this guide in avoiding scams on eBay.  So, let's dig in.

Here's one of the more common fakes circulating on eBay.  First, you should notice the sort of grid like, checkered texture to the imaging---can see it best on Jordan's shoulder and in the rest of the background on the photo.

Here's the fake (on the left) versus the real card on the right hand side.   With the authentic card, you can see the image is much crisper and doesn't have that checkered sort of look.  Also, the fake has a different color text -- more of a darker navy blue, whereas the blue on the real card is a brighter blue.

Now let's take a look at the back of this fake in comparison to a real card.  The same text coloring issues are apparent on the back of the fake card, as the text and ink used is a darker blue.  On the original card, the blue is not as dark.  Thus, just from an ink coloring standpoint, the clues on the front and back should be a clear indication of what is real and what is fake.

Back of a fake Last 11 ROY Jordan

Back of an authentic Last 11 ROY Jordan

I have seen another fake that is a bit closer on coloring, but the card is glossy on the front and back.  No Star cards should have ANY sort of gloss, so if you notice any glossiness, move on.  Here is that example to avoid: 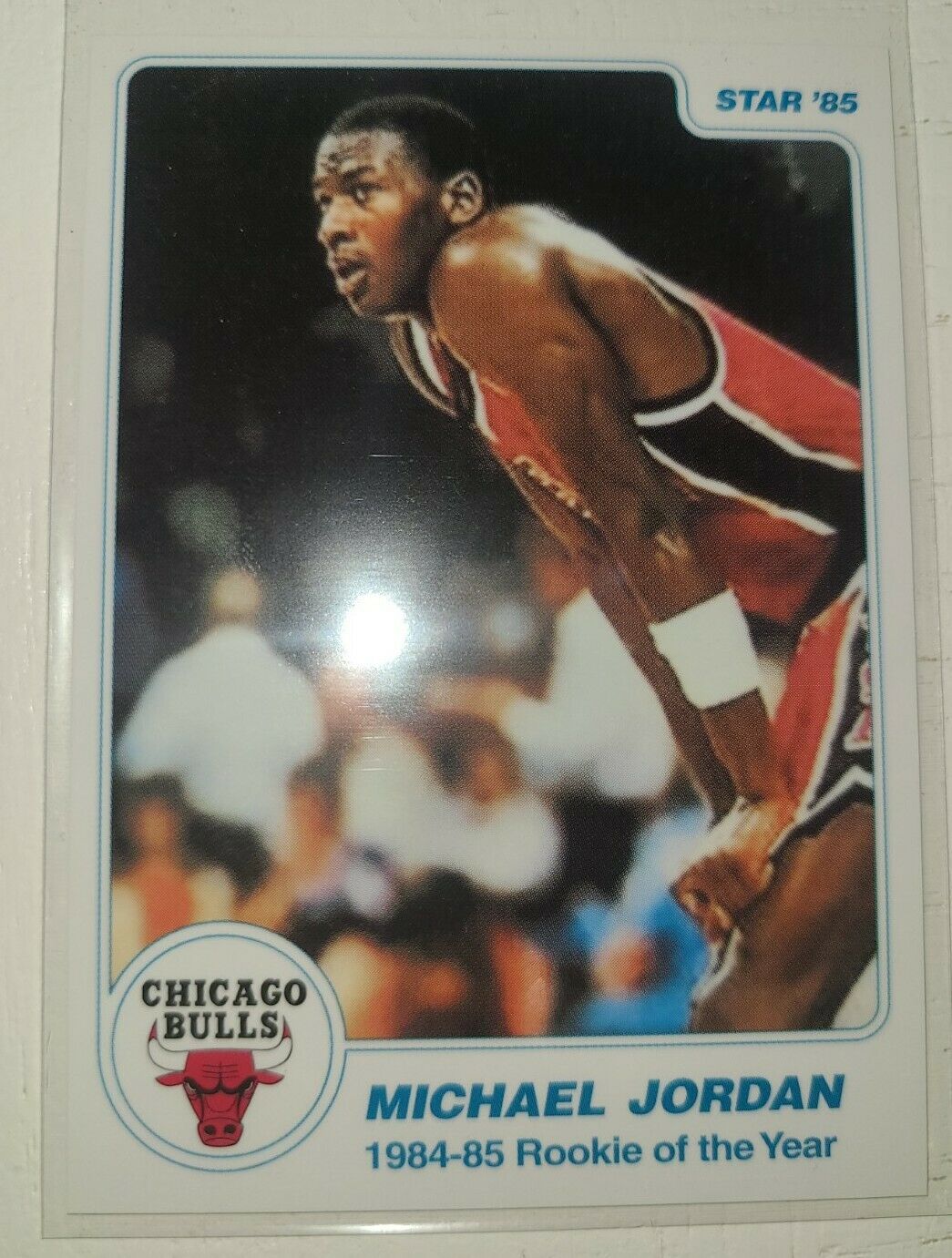 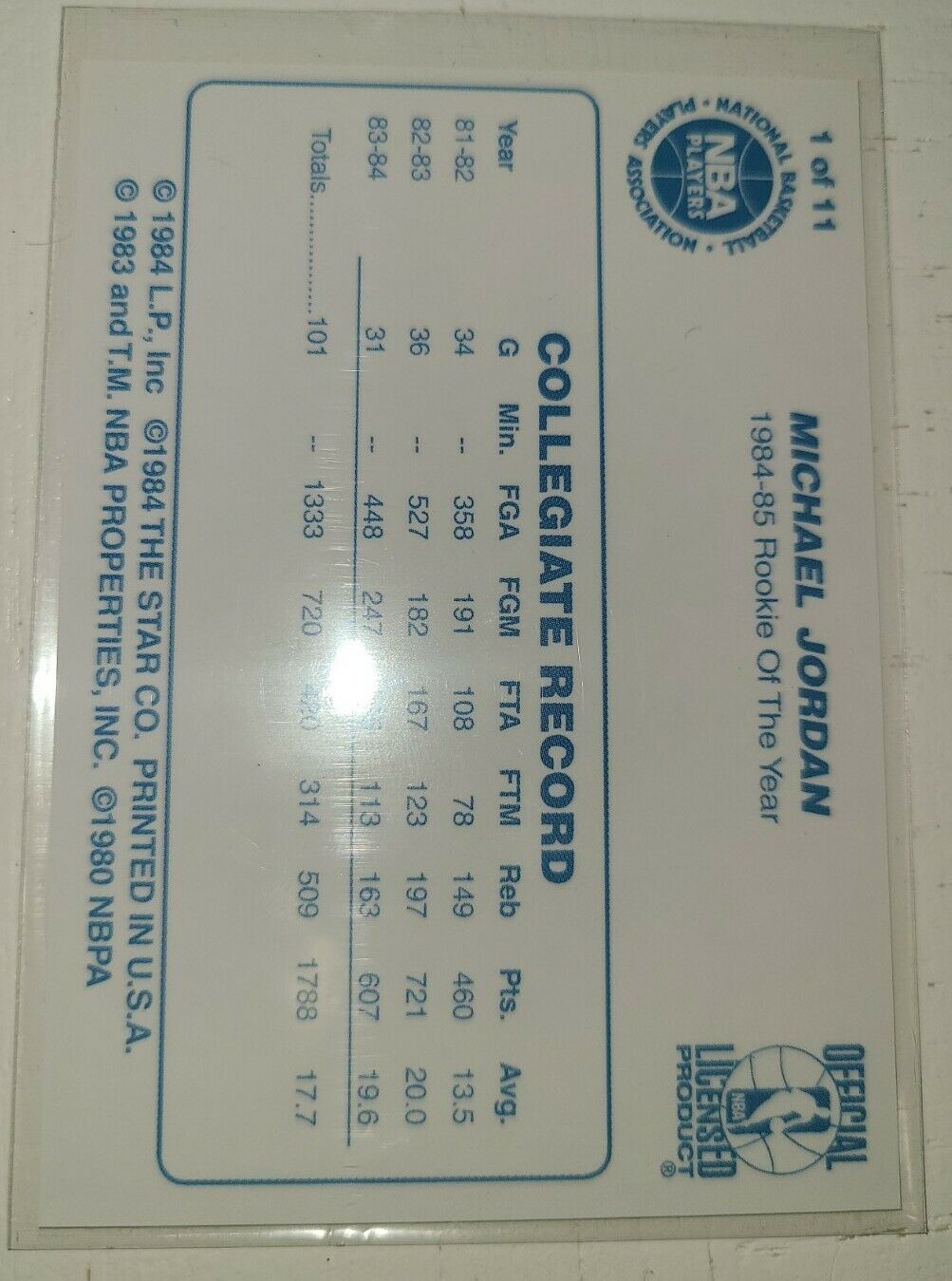 And if you see these red lettered 'Rookie Of The Year' cards, know that they were part of the 1997 Shop At Home scandal and should be avoided: 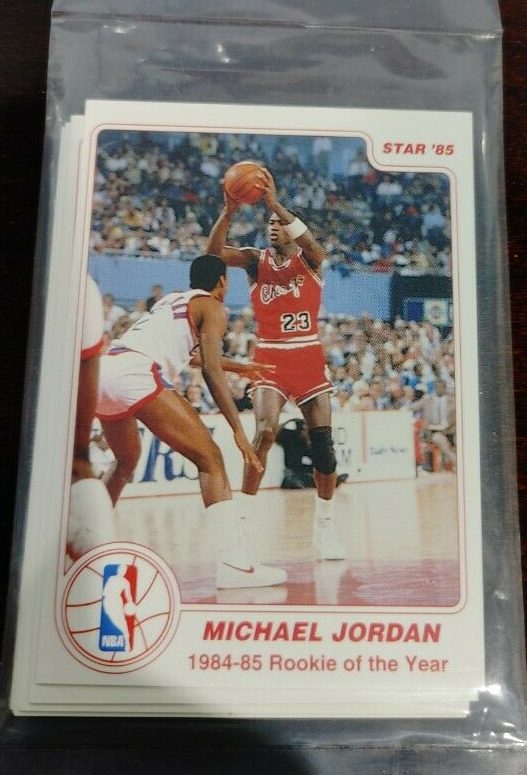 A Shop at Home Rookie of The Year sealed bag

If you come across any fakes that we haven't seen, please send them our way at help@starbasketballcards.com.