How To Spot A Fake 1985 Star Lite-All Stars Jordan

There is one clear fake out there that you need to be on the lookout for.  First, let's mention that there are two variations for Jordan in the 1985 Lite All-Stars set--and it all has to do with the cropping of Jordan's head.  See the two variations below.  See how on the first variation, Jordan's head is almost touching the border, whereas on the other card, there is more space between Jordan's head and the border. 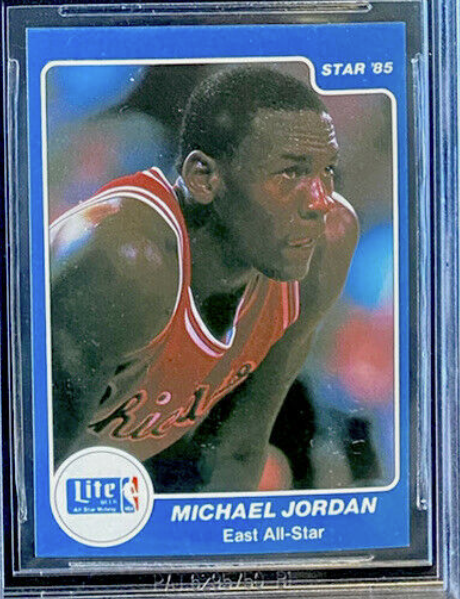 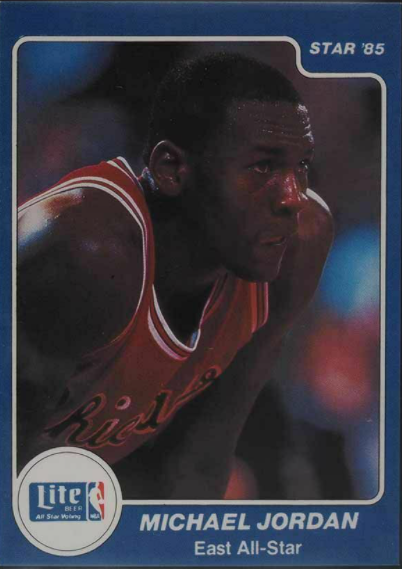 Now on one of the more common fakes of this card, Jordan's head has even MORE space between the border.   That is the dead giveaway. 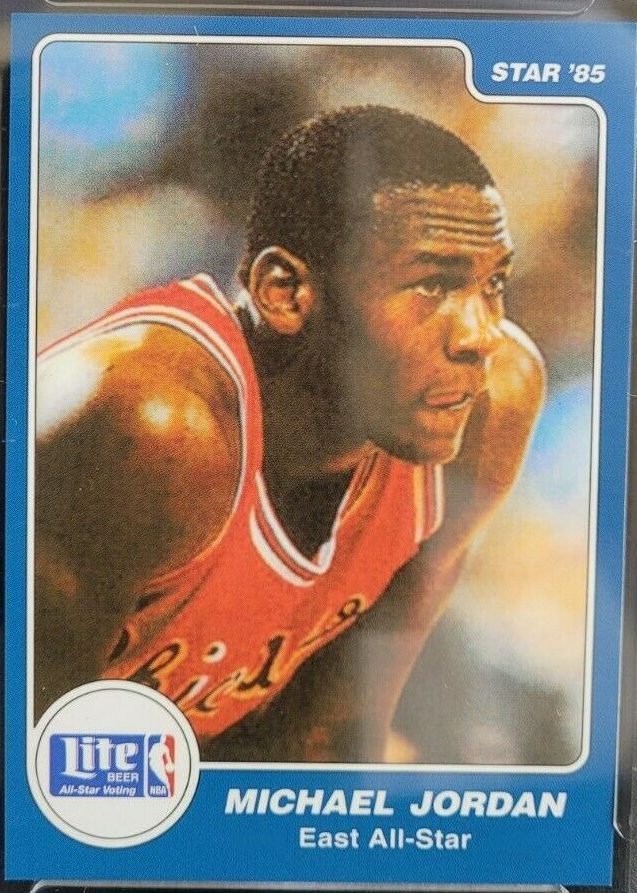 Notably the text and font on the card is also wrong, but spotting that space in Jordan's head should be enough.

But if you look at the text on the fake card, you'll notice that the font in Jordan's name is smaller and thicker than on the authentic card.

The font in 'East All-Star' is also smaller versus the original.

Here's also the Lite logo on the real card---compare this to your card in question to ensure that there is clarity in the difference between the lines in the 'Lite' and 'beer' lettering.

The differentiation on the backs is also a clear tell on the fake Lite All-Stars Jordan that I've seen.  The real card as shown first has a light blue background, whereas the fake card has a white background. 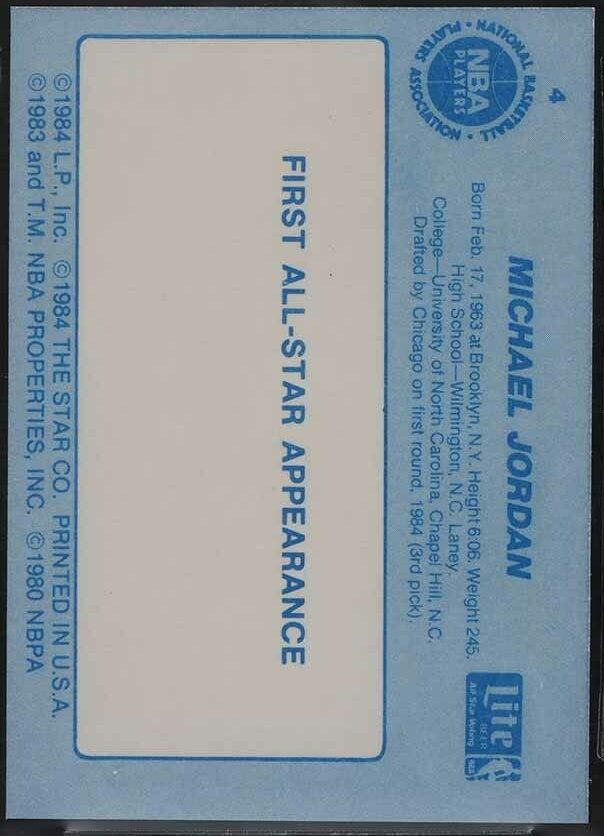 A real Lite All Stars Jordan back

A fake Lite All-Stars Jordan back

As always if you run across any different fakes, please let us know at help@starbasketballcards.com so we can update this guide.

Most Watched 1985 Star Lite All Stars Michael Jordan on eBay

Most Watched 1985 Star Lite All Stars Michael Jordan on eBay