Star has certainly had its share of controversy and one scandal still leaves many collectors confused. As a reminder, back in the late 80's, early 90's a few former Star employees released some old factory rejects to the public.  While some slipped through the cracks at a few grading companies, they were ultimately identified as unlicensed, unauthorized issues--and came to be known as 'Type II Counterfeits'. 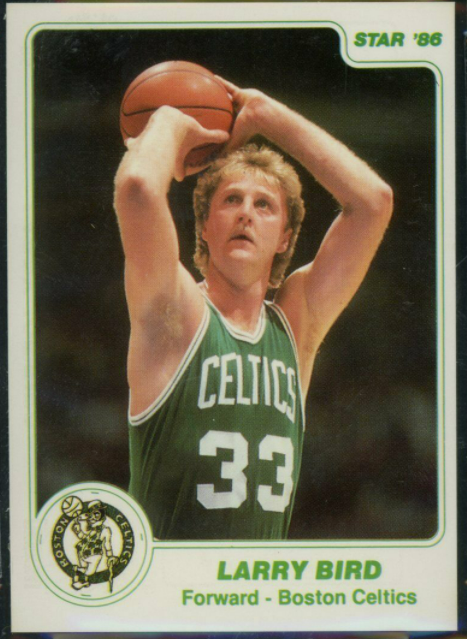 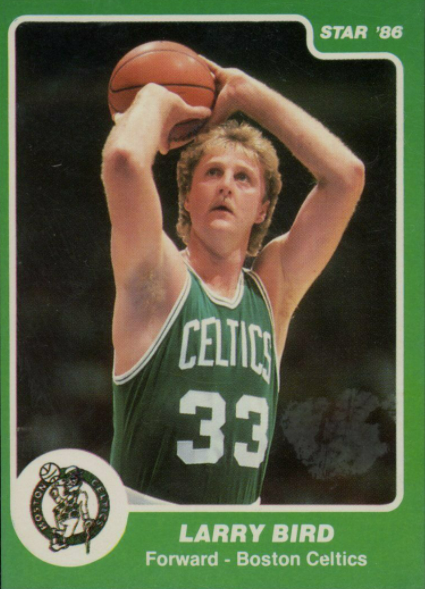 The thing that makes it all so confusing, is that there original white and green bordered issued in the Star 1985-86 release, and there were also white and green cards that were released as 'Type II' Counterfeits.

Based on my discussions with Star expert Steve Taft, if the 85-86 cards have a colored background (such as the Green Celtics) on the front, then the original cards will have traces of ink bleeding onto one (or more) of the back edges.  Taft says the following:

The amount of bleed can vary a lot, from tiny specs you can only see with a magnifier, to bleed you can see very easily.  The bleed can be on one edge, or multiple edges.  Type II counterfeits do not have bleed, (assuming someone isn't adding bleed in an effort to trick potential buyer's).

Taft also told me that with the white bordered Celtics set, it's a lot tougher to identify, just because there isn't any bleed.  But, the cards are a bit glossier than the originals and the backs can be a big brighter.

I don't have any Type II Celtics cards in hand, but if you do have any, please let me know, so I can add some images to this piece.  Please email me at help@starbasketballcards.com